The Making of
Real Good Chocolate

ROYCE' was founded in Sapporo in 1983. Through acquiring the best techniques and enriching our experience, we are able to make chocolate of world-class quality in Hokkaido where the climate and the clean air are ideal for making confections. The fundamental principle of Royce' has been and will always be the painstaking sourcing of high quality ingredients. 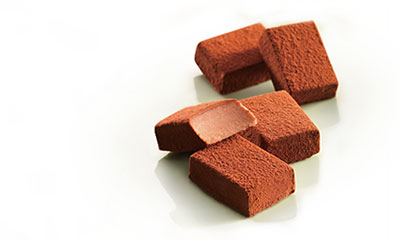